While my wife and I were sharing a barbecue pizza at the Coletta's on South Parkway last night I realized I have somehow neglected to post about this signature Memphis dish. When Coletta's began offering barbecue pizza in the 1950s it made Memphis one of the first cities in the U.S., following New York and Chicago, where pizza was served. 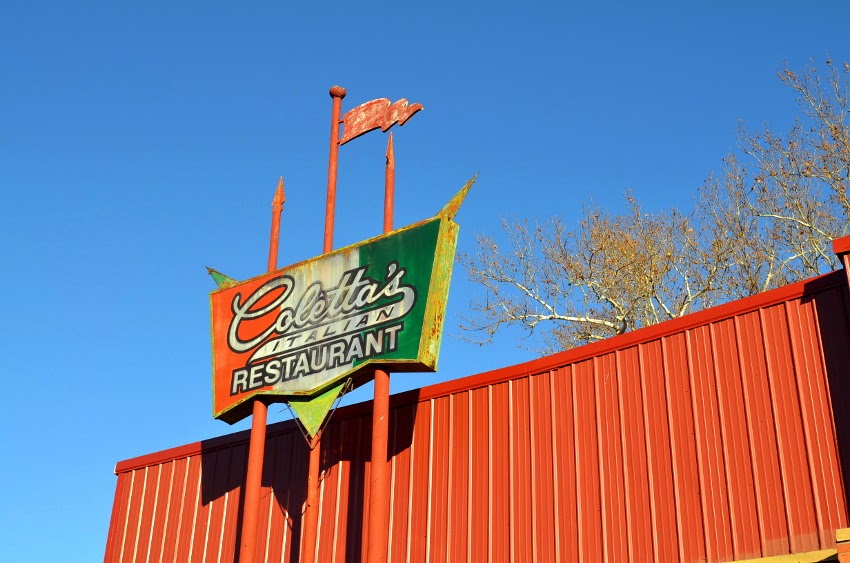 I tell the full history of this delicious dish in my new book about Memphis barbecue. While I was interviewing owner Jerry Coletta a few months ago for my book he took me into his restaurant's kitchen to follow the process that goes into making one of his barbecue pies. While I was there I took way more photos than I had room for in the book, so I decided to share some of the outtakes here so people can see why the original barbecue pizza is so superior to the countless "barbecue pizza" offerings that now appear on restaurant menus across the country. 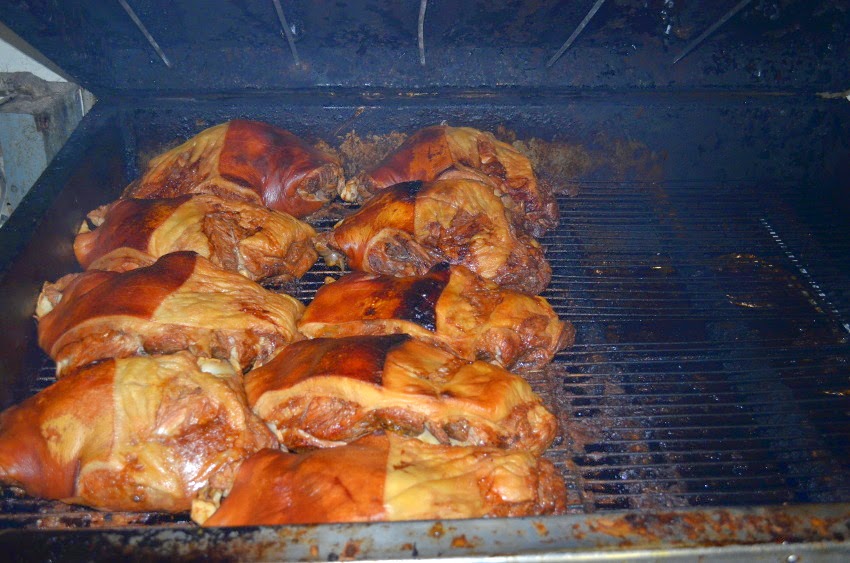 Shoulders cooking in the barbecue pit in the Coletta's basement. A lot of places offering "barbecue pizza" today are topping their pies with grilled chicken, then calling it barbecue because they also toss on some barbecue sauce. The Coletta's recipe for a barbecue pizza dates back to the 1950's, when anyone in Memphis understood that "barbecue" was supposed to mean barbecue. 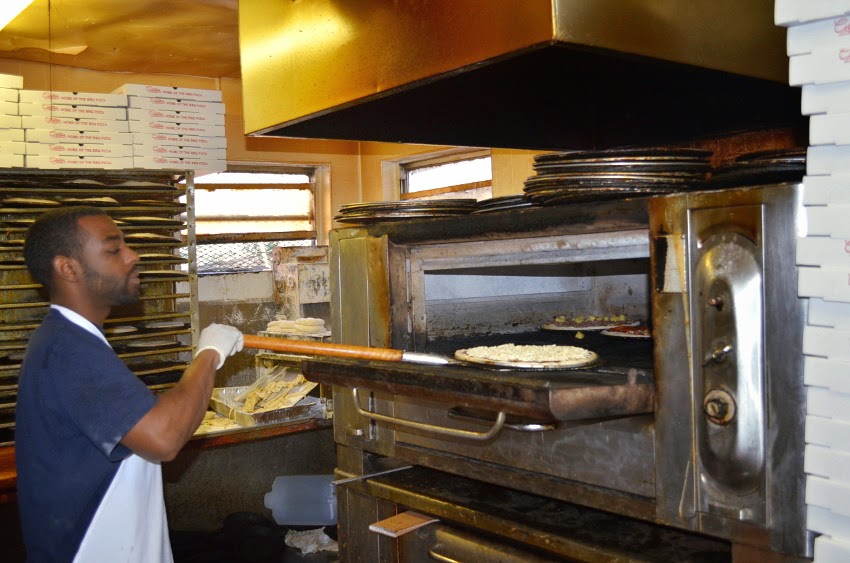 A pizza oven uses extremely high temperatures to quickly cook the pies, which is the opposite of the slow and low approach used to make barbecue. If you put barbecue meat in a pizza oven you will quickly overcook it and dry it out. So how does Coletta's combine this two opposing cooking styles? By starting with a perfect, plain cheese and sauce pizza. 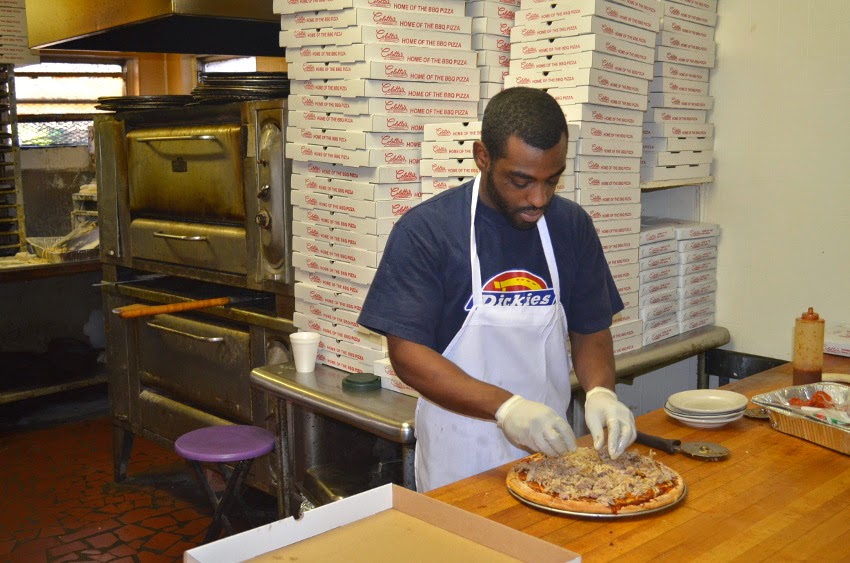 When the piping hot cheese pizza comes out of the oven it immediately gets a thick layer of fresh, hot pulled pork from the basement pit. 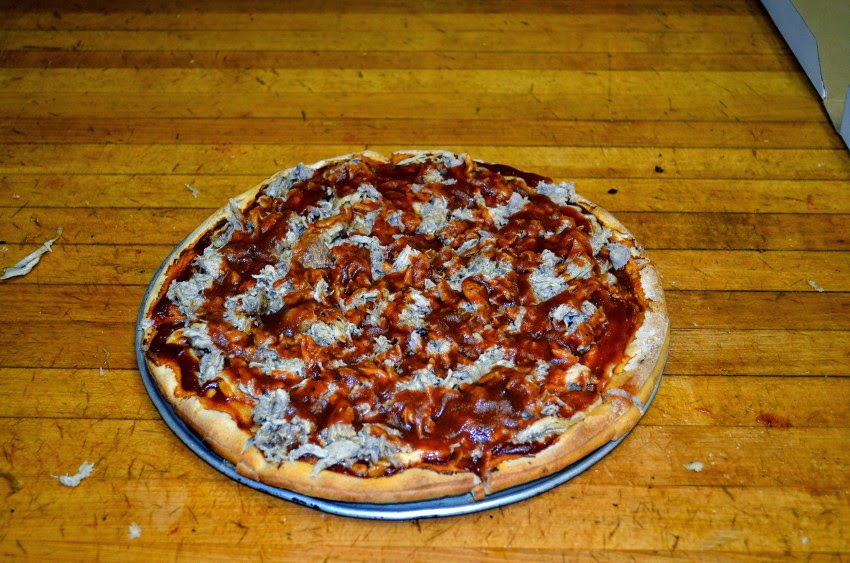 Then the pizza gets a good dose of the restaurant's homemade tomato-based barbecue sauce before heading out to the customer. It isn't a pizza with a little barbecue added as a topping. It is a cheese pizza completely covered with several inches of pulled pork. 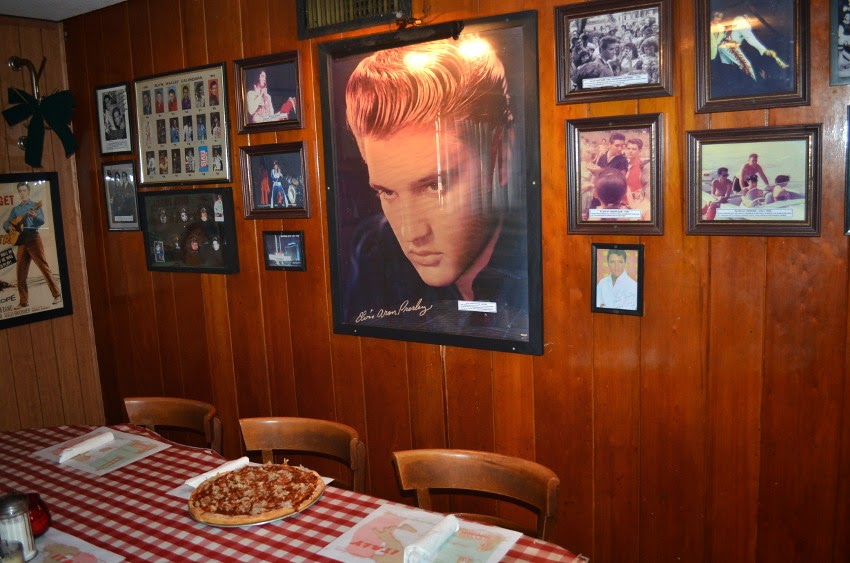 Elvis Presley was a huge fan of the Coletta's barbecue pizzas. The back room he always requested is still designated the Elvis room and is full of Elvis memorabilia.