I was driving down Elvis Presley Boulevard in South Memphis recently when I spotted a traveling barbecue rig advertising itself as Dr. BBQ.  The converted school bus and giant smoker on buggy springs were impossible to miss, sitting on the side of the road just north of Brooks Road, so I did a quick U-turn after driving past to check it out. I'm glad I did. 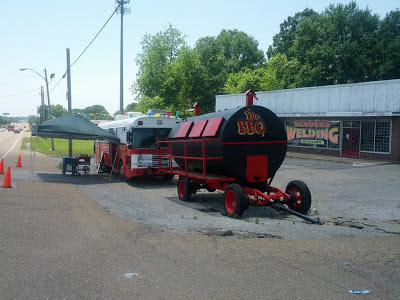 It was directly across the street from Moma B's Soul Food, which I recently discovered is actually just a convenience store, not a restaurant. 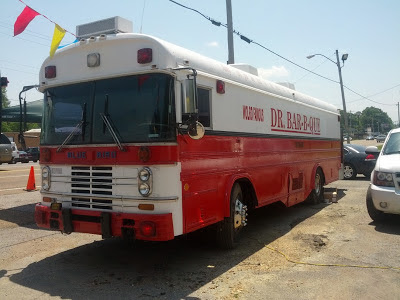 Once I pulled up I quickly located the menu board next to the door on the side of the bus facing the street. There was a nice selection of very reasonably-priced food and I opted for the pulled pork plate with potato salad and slaw. 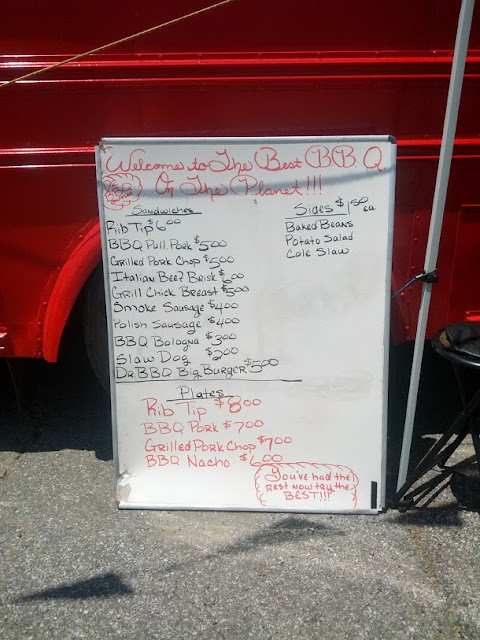 The barbecue on the plate was served as a sandwich, instead of the standard bread-on-the-side style. I just used a fork to eat the meat out of the sandwich and avoid the bread. The meat itself was delightfully smokey and full of flavorful bark. Everything was well-seasoned, with the peppery mustard slaw being another highlight of the meal. 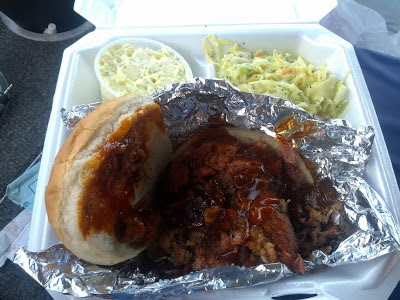 I ended up being thoroughly satisfied and impressed with the $7 meal I'd grabbed on the the side of the road. If you see the good "doctor" parked anywhere around town don't hesitate to stop and get your pork prescription filled. 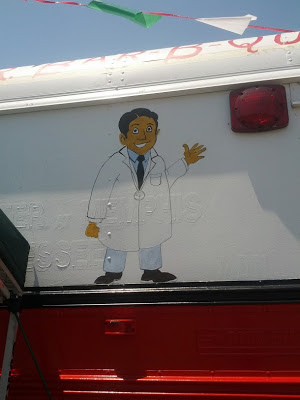